In 1934 Joseph Singer opened the doors to Singer & Company which would become Executive Apparel. Singer & Co. won a contract for custom work coats for the Philadelphia Police Department. The police coats they designed were black leather and by today’s style standards look quite aggressive. It was the style of the time.

The antique sell sheet below reveals a list of all the custom features. The coat includes a full wool alpaca lining, wool sleeve linings, epaulets, a badge holder, 12 buttons and back vents with snaps. The photo shows additional “bells and whistles” like a sturdy waist belt, cap and a holster for a gun. On quick glance the holster could even be a cross shoulder bag. The gun holster has been in a constant state of flux since before we designed the 1934 police coat. 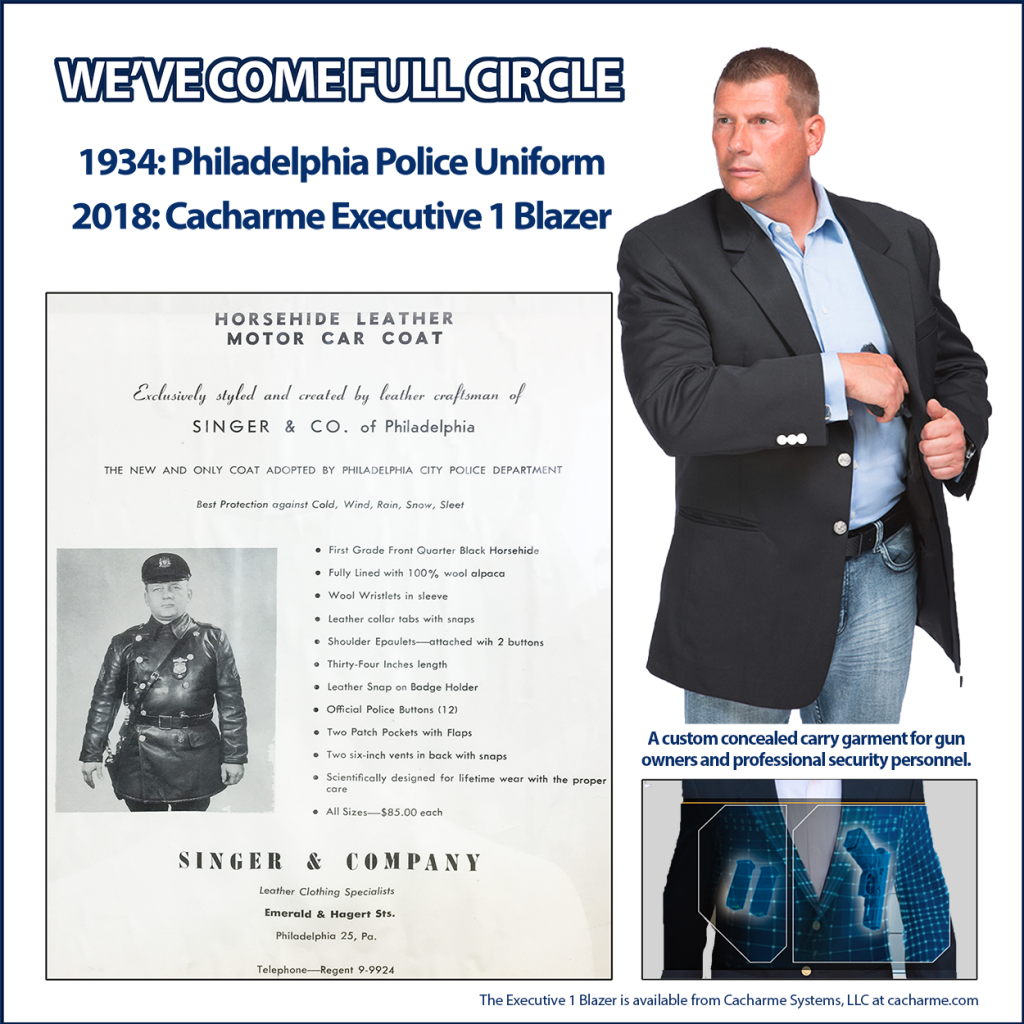 Cacharme Systems of Arizona recently developed a patented hard case that serves as an invisible holster. They sought to design a tailored blazer for detectives, security personnel and civilian gun owners who prefer to dress professionally. Executive Apparel was contracted to perfect the blazer design for their signature product, The Executive 1 Blazer. The blazer neatly conceals pockets for custom hard case inserts within the front panels of the garment. Each can hold a range of hand guns and ammunition, handcuffs, pepper spray, cell phone, wallet and more. An internal strap system secures the blazer in place allowing for a quick draw if necessary.

The Role of Custom Uniforms in Policing Trends

In recent years the trend in law enforcement has been toward de-escalating confrontation. In 1968 the Menlo Park, California Police department made a complete switch from traditional uniforms to blazers with embroidered patches. The Police Chief who instituted the plan said it was a departure from historically aggressive-looking uniforms. The chief made a concentrated effort to make the force more approachable to the community. The non-traditional uniform would achieve this goal by improving the community’s perception of the cops. And officers by and large experienced more respectful encounters during community conflict. While today plainclothes police officers are everywhere, back in 1968 it was a radical experiment that paid off well for its community.

Hear about Chief Victor Cizanckas’ Blazer Experiment in 1968 on the 99% Invisible Podcast.

Beyond law enforcement, public service uniforms have been changing over time especially in the transportation space. As styles and technologies change, garments must change to accommodate them. Conductors’ uniforms are a perfect example. Conductors’ coats continue to reveal subtle changes while still honoring the iconic style seen in the vintage photo below. Executive Apparel developed the modern coat on the right over 10 years ago for a successful program that continues to grow every year. 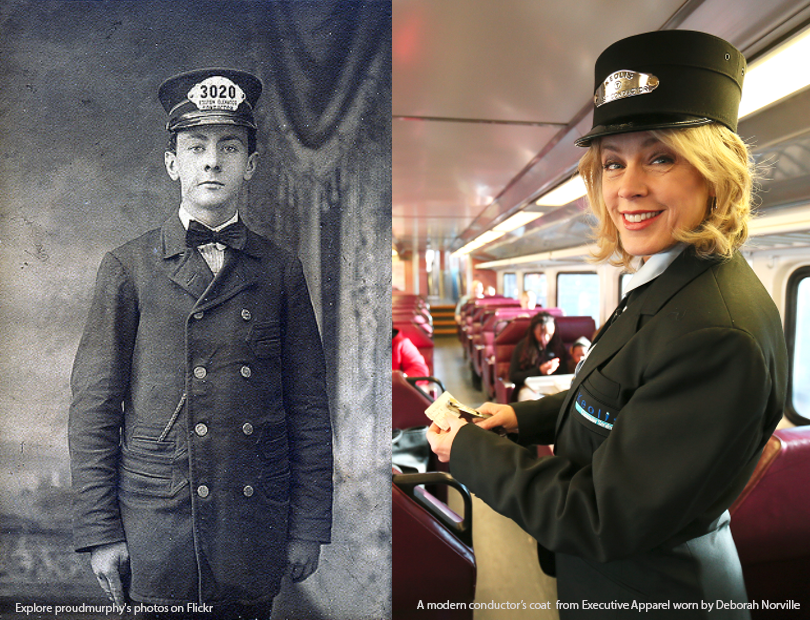 New conductors coats must have specialized pockets for oversize gadgets like hole punchers and ticket books as well as modern devices like phones and scanners. Of course geographical areas can dictate weather protection and visibility features. Combined with unique style details and good branding, these are the elements that create a successful custom program.